Paula Rego, is for me, that artist.

One of the giants of Contemporary art, working largely with the human form, initially at a time when figurative art was deemed dead. Rego stood out because she was able to imbue her work with significant meaning. A meaning which challenged Fascism and highlighted what it was to be a woman in a deeply conservative, religious and patriarchal society.

Despite the developing and changing artistic styles employed by Rego throughout her career, what is clear is that what lies at the heart of her work is the message she wants to get across. The fact that she has superlative artistic skills, one suspects is of secondary importance.

A danger of curating a retrospective for such a profound artist is the temptation to concentrate on the ‘hits’, after all, hits equates to increased footfall and therefore revenue. Thankfully Tate Britain manages to steer a course that can be described as an agreeable compromise. Of course major works are present, but so too are interesting early works and preliminary sketches, thereby giving it additional depth.

So many highlights, but here are some: 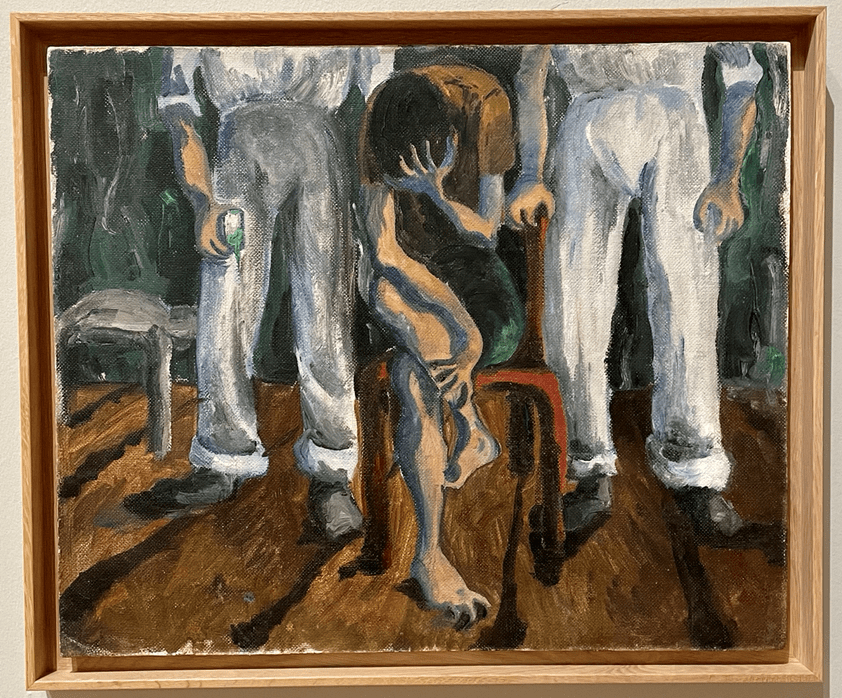 The first time I’d seen this work. Painted by Rego when only 15 years old and an insight in to her priorities even at that young age; namely the experience of women under the Portuguese Fascist state of the time. The woman’s contortions alluding to both the physical and mental torture.

The casual reference in the title to the slaughter of blacks in colonial era Portugal is what shocks here. At the time Portugal was engaged in a war against liberation movements in its colonies. I had elderly relatives, who having grown up in colonial Angola and Mozambique, believed unquestionably that Portugal’s influence in Africa was benevolent.

Let me be clear, no liberation movement was born out of benevolent occupiers. Rego, captures it brilliantly with this work. 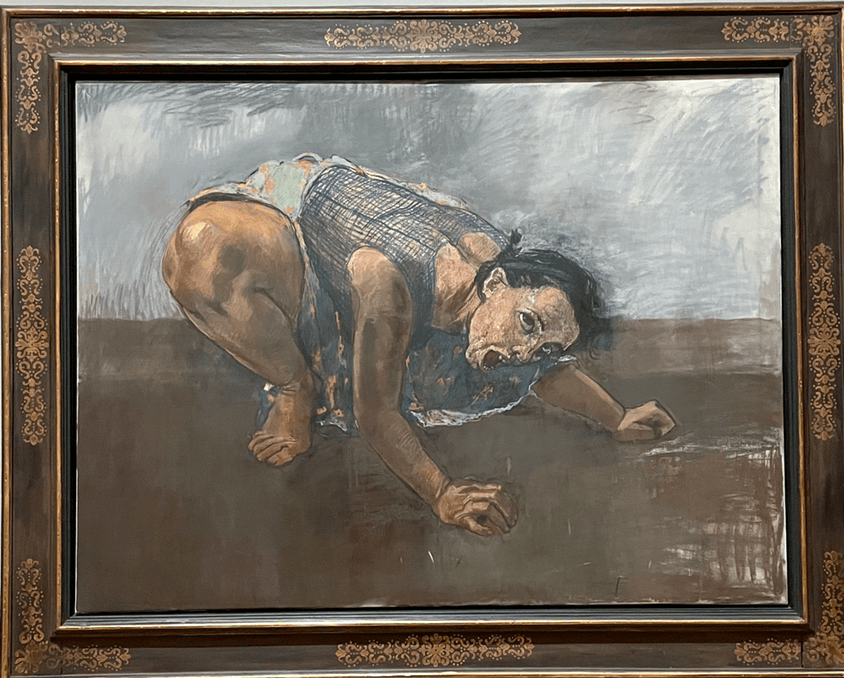 The series of Dog Women drawings tackles preconceptions of what women should look like and what their role is in society. The male gaze gets rudely confronted here. The women depicted in this series are not downtrodden, but physical and strong. 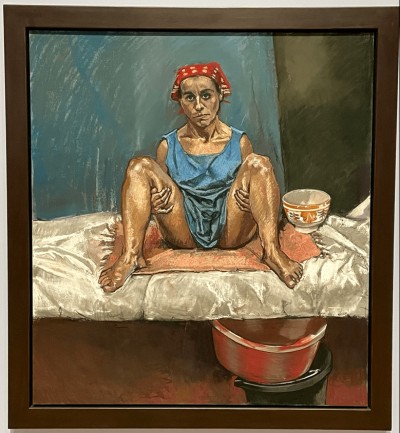 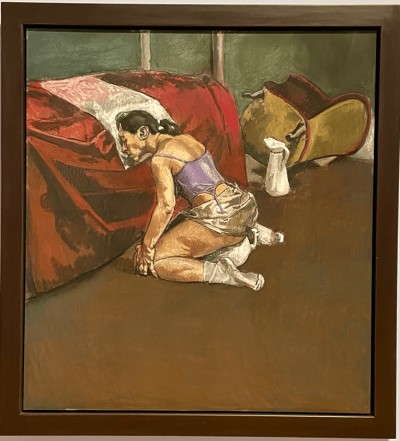 Undeniably the most powerful set of drawings committed to paper by a woman about women.

This series was as a direct response to the failure of Portugal to legalise abortion in a referendum in 1998. Rego drew ten works, each depicting the reality confronted by many women in Portugal at the time: Their need for an abortion but society’s refusal to allow it, resulting in back street procedures putting the mother at risk. The series is credited with swaying public opinion to the extent that a second referendum held in 2007 legalised abortion.

A definitive example of the power of art to change attitudes.

The slight disappointment was that only four of the ten works were on display in this exhibition and these four shared a room with other works. These deserved a room to themselves and to be shown as a complete set. 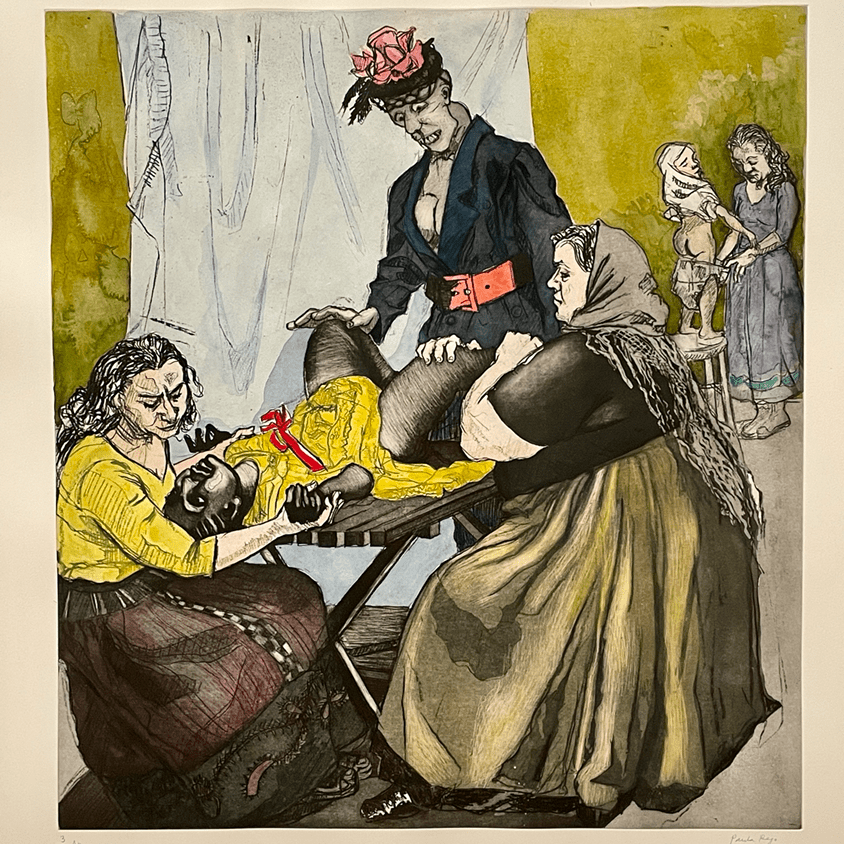 The exhibition closes with a series of pictures depicting the ongoing struggle of women and girls in the world, whether it be as a result of trafficking or enduring FGM.

Although one can argue that in some areas the experience of women and girls has improved significantly, this series highlights that there is still a long way to go.

To see the exhibition is to be taken through 50 years of struggle and suffering. However, to see an artist tackle these issues so powerfully is also uplifting and I left wishing there had been more.