In 2008 Tate Modern held an exhibition titled ‘Street Art’. It consisted of several large murals adorning the vast outer walls of the cathedral like turbine hall.

One work in particular delivered a visual punch that left its mark on me ever since. An image of a black man holding what appeared to be a gun, possibly in an African war zone, looking straight at me. 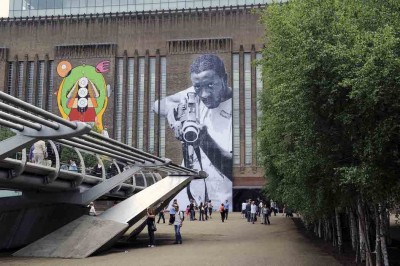 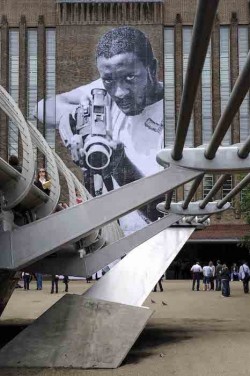 Roll forward thirteen years and I’m with my daughter standing in front of the same image at the Saatchi Gallery in London. Moved by the same intensity of the eyes watching me, but now aware that what the man is holding was in fact a film camera, the location, a suburb of Paris and the photographer JR. Deliberately playing to stereotype and prejudice, I had, I am embarrassed to admit, read the image as expected. 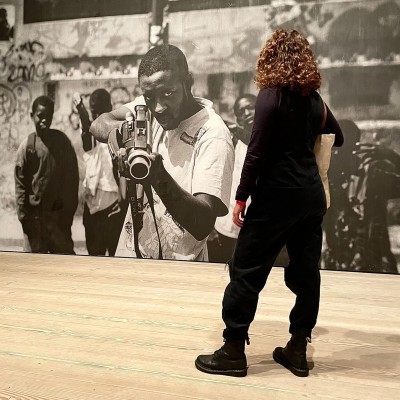 But although this image ‘Hold-Up’ brought JR to the attention of the world, he continues, at a bewildering pace, to produce work that highlights the marginalised, oppressed, mis-represented and of people who often find themselves victims of societies hostile to them. Firmly rooted in the communities in which the photographs are taken JR manages to give them a voice by presenting them as larger than life images on the sides of a myriad of structures.

The danger with taking site specific work and presenting it in a gallery environment is that it loses its relevance and therefore its potency. This was always a possibility with placing JR’s work in the Saatchi Gallery. It’s very nature is temporary. The effects of weathering or the trample of feet will always reduce pasted paper to shreds in a short time, so unless you are fortunate to see one in-situ, a gallery really was going to be the only place to see a retrospective.

The Saatchi Gallery curates this retrospective very well, taking the visitor on a journey born in the world of the graffiti artist to the latest cast of thousands in his Chronicles of New York City.

Below are some of the many highlights: 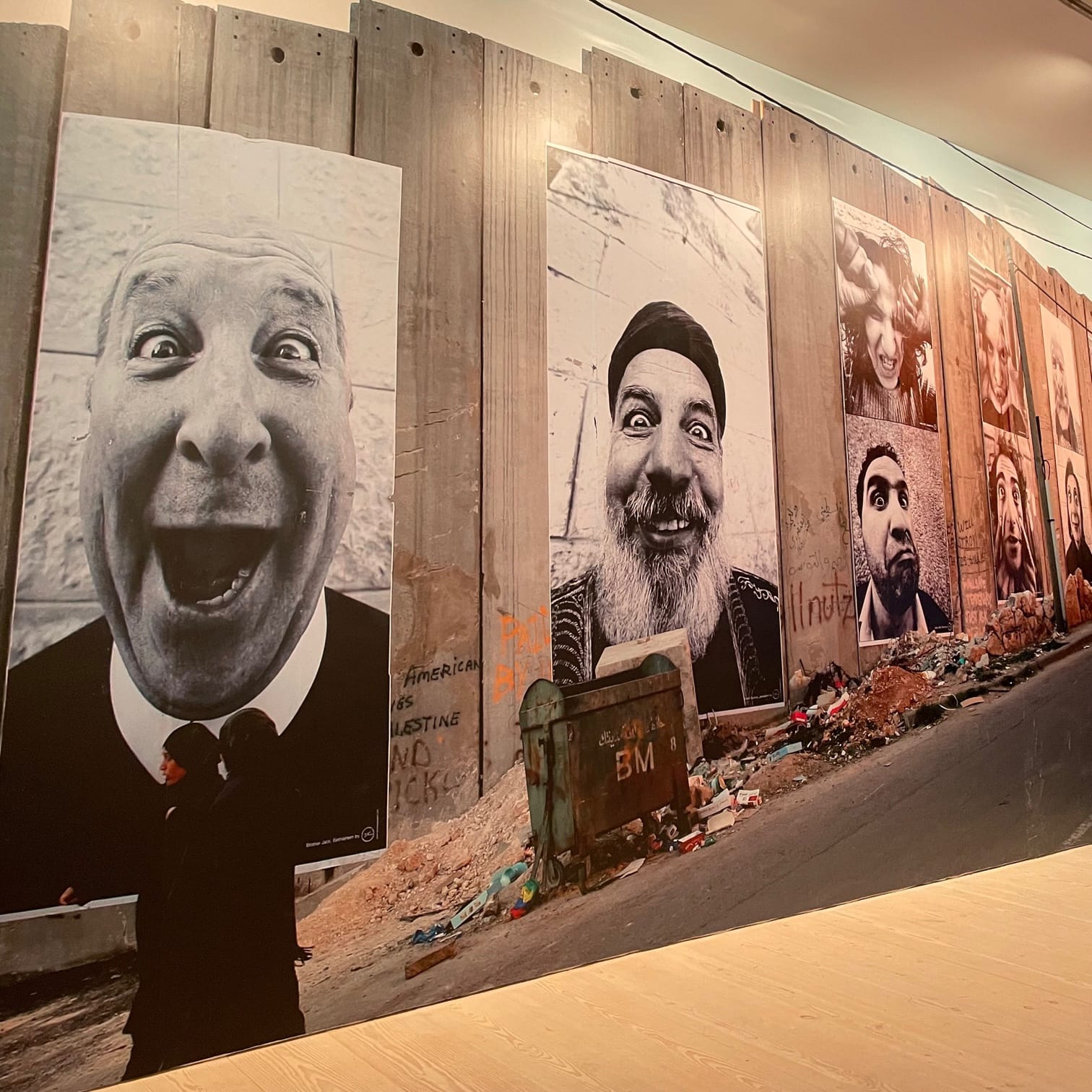 Not one to shy away from tricky subjects, with this JR dives into the Israeli-Palestinian conflict. Pasted on both sides along stretches of the Separation Wall, what is presented are close-ups of the faces of people from communities either side of the wall who do the same job or have the same profession. The message is clear, there is much that we have in common. 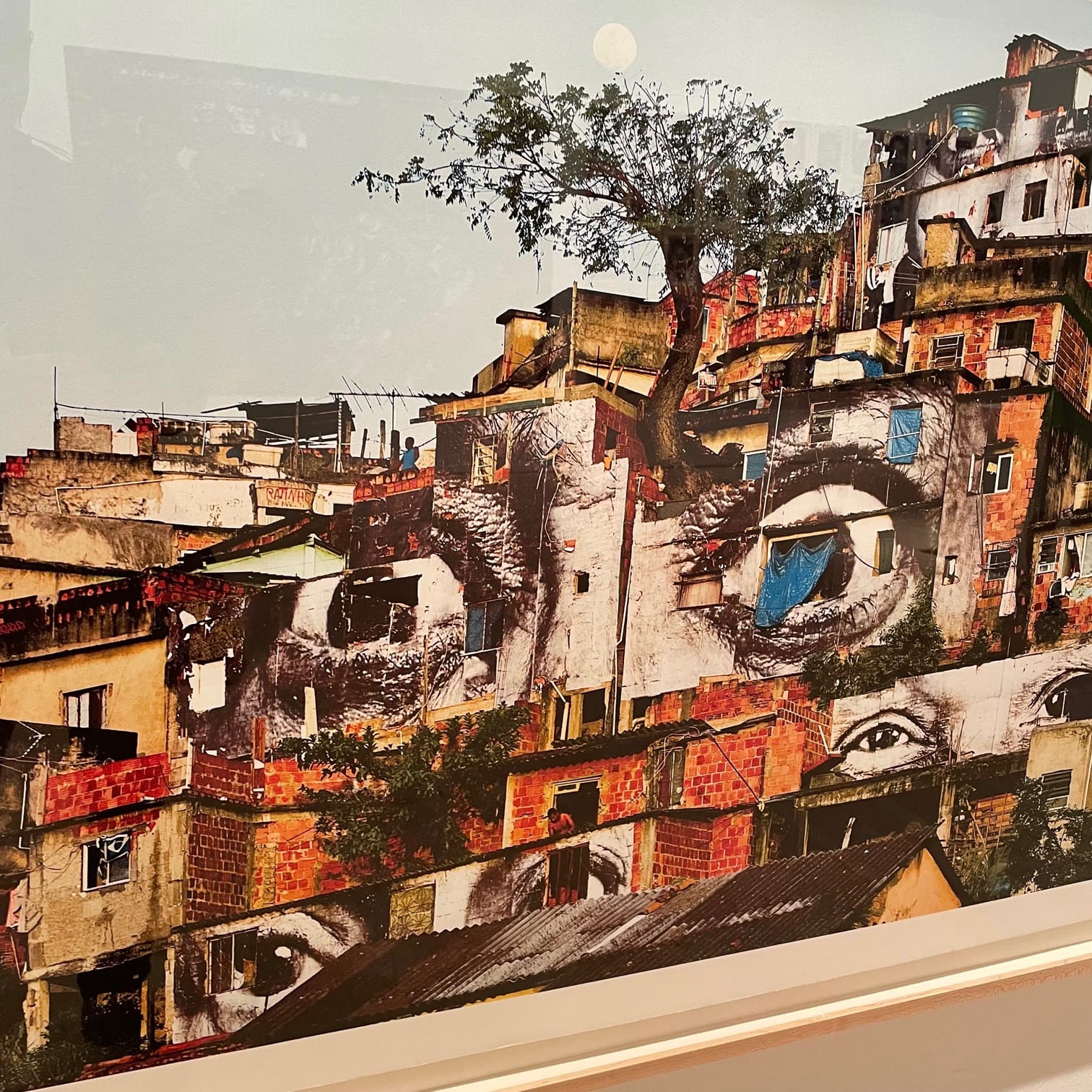 The image that made me realise who JR was.

Here JR honours the main victims of war, crime, rape and religious fanaticism – women. Often hidden away to suffer in silence, JR pastes them so visibly and so large that they can no longer be ignored.

Eyes looking down from the hillside of the favela.

No longer can you look away. 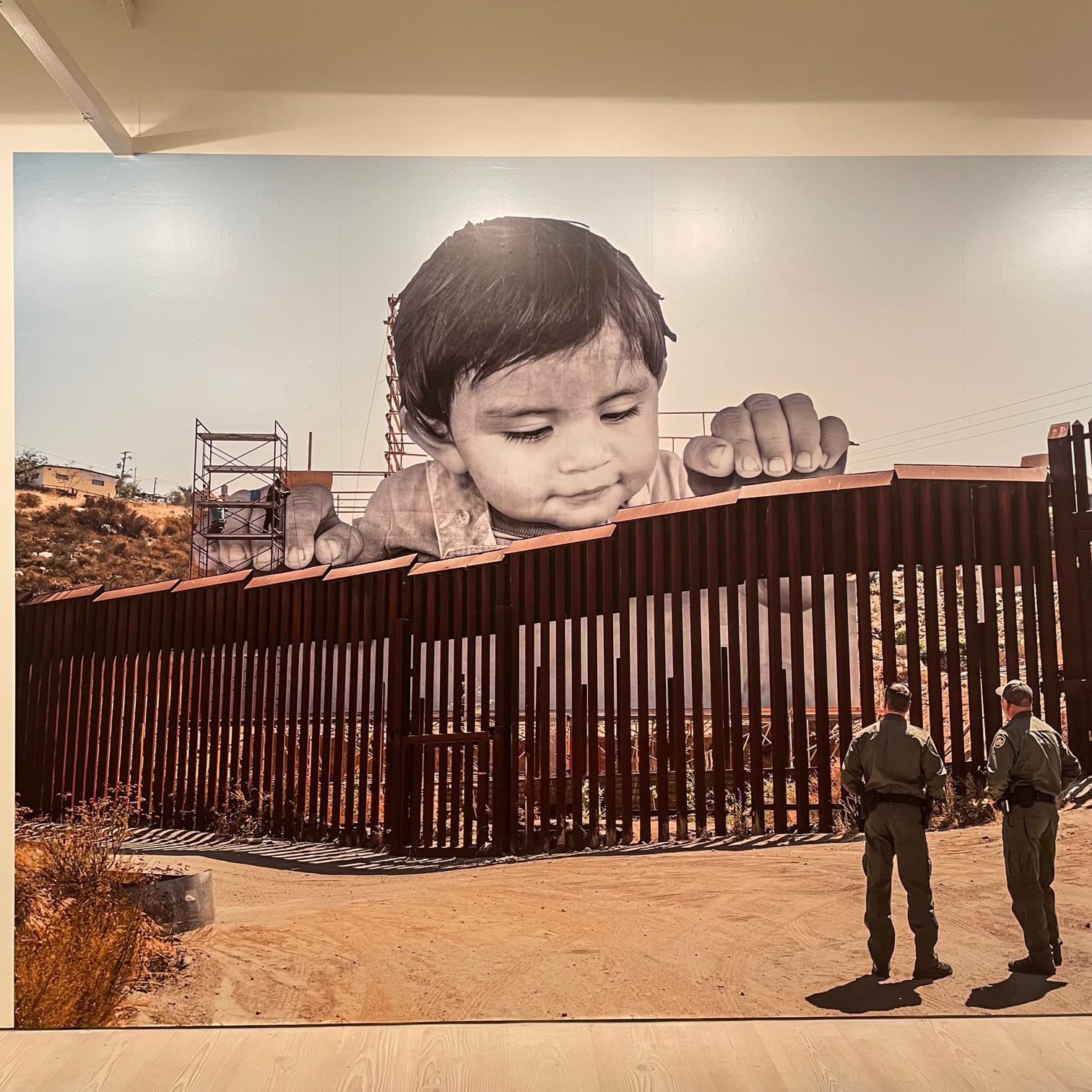 Having documented communities on both sides of the separation wall in the occupied territories, it was a logical step to document those affected by the wall on the US – Mexico border. Kikito, a round-faced smiling toddler peers over from the South to a country he cannot enter. The choice of an innocent child is undeniably an attempt to tug at heart strings, something JR doesn’t usually overtly do. But it is powerful nonetheless and reinforces the inhumanity of the wall. 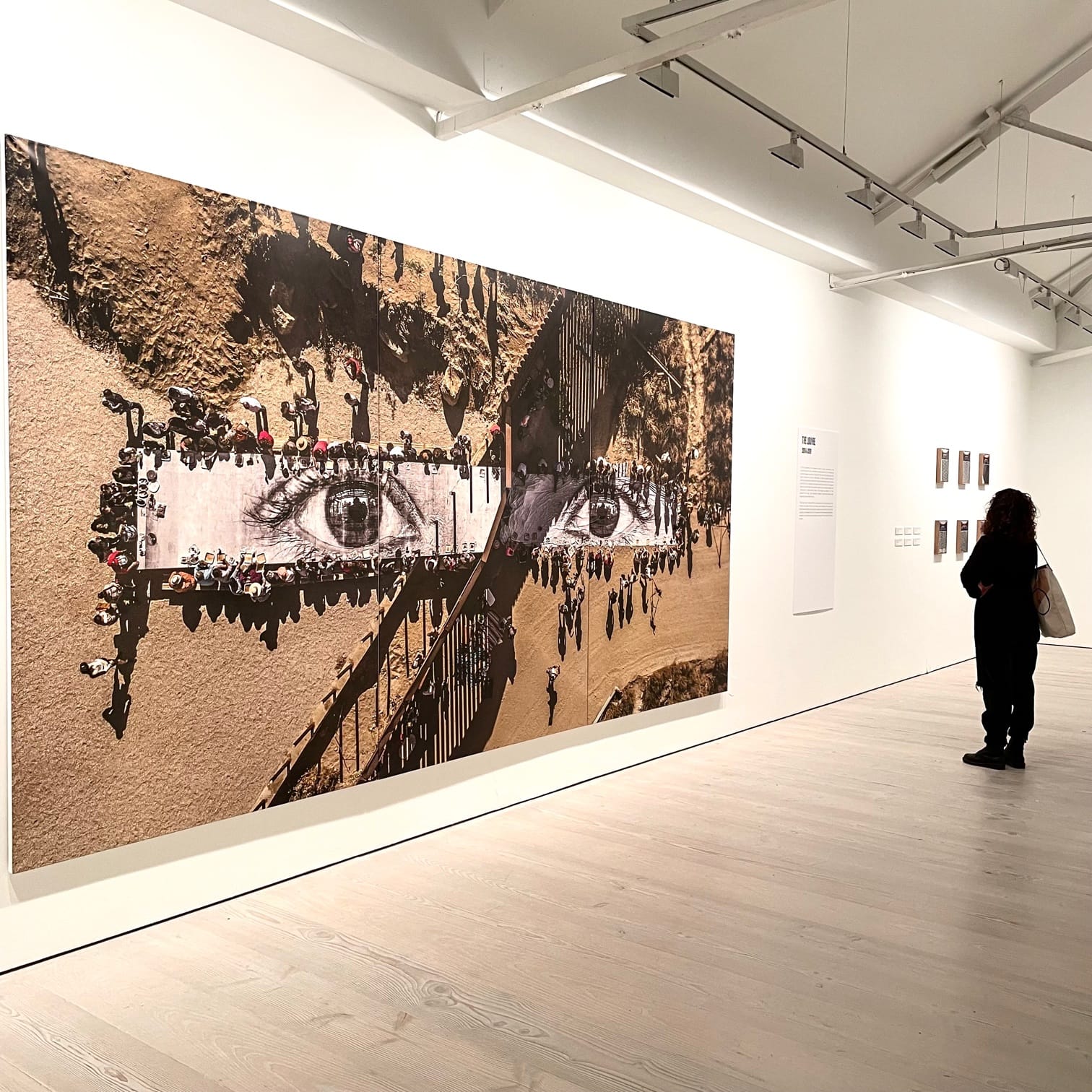 Picnic across the border, Mexico – USA

The day before Kikito (above) was taken down, a picnic was held on both sides of the border. The same food, the same music, human beings together but separated.

An astonishing exhibition, which included all of the above in addition to images from his global Inside Out Project and room length lightboxes of his more recent city Chronicles series.

Interestingly the exhibition left out his photographs taken of famous actors at the 2020 Oscars. It would have been an easy crowd puller to include photographs of Robert De Niro and Renee Zellweger, to name but a few. But credit to the Saatchi gallery (or maybe they couldn’t secure the rights) in focussing on what makes JRs work special. Communities, identity and giving a voice to the marginalised.

Links to JR giving further insight into his work:

and if you want to get involved ….